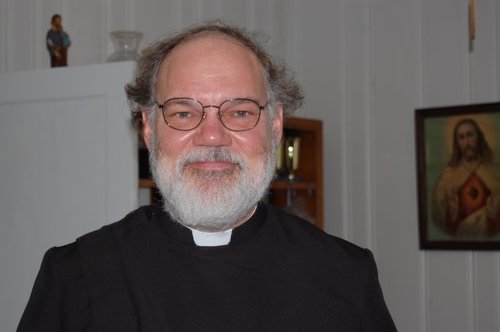 Father Roddy needs little introduction to our many parishioners that have been with us several decades. He was an active member of St. Margaret’s from 1981 to 1995. He attended Holyrood Seminary in Liberty, New York, and was ordained in 1999 by Archbishop Mark Haverland after having taken his canonical exams in our Diocese of the Middle Atlantic States. During 2004-2005, he taught Bible Study at St. Andrew & St. Margaret while he was the Priest-in-Charge at our sister parish of St. Michael the Archangel in Frederick, Maryland.

The Rev. John L. Roddy was born in Georgia, received his B.A. degree at the University of Georgia, and later did graduate work in the School of Theology at the Catholic University of America in Washington, D.C. He served as an officer in the U.S. Army and in the U.S. Army Reserve, from which he retired in 1998 as a Lieutenant Colonel of Cavalry. Further, he has served as a senior staffer in the U.S. Senate, as a senior policy analyst with the U.S. Department of Education, and as Director of Federal Programs in the Georgia Department of Education.

Father Roddy is learned in history and literature. He is theologically sound and grounded in Anglicanism.

He is married to Carolyn and has four children and two grandchildren.